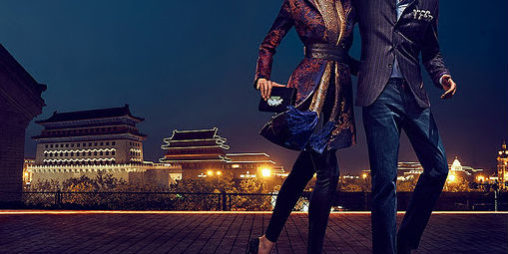 China’s men lift the luxury market. By 2025 Chinese consumers will purchase half of the globe’s luxury goods and lower tier cities will have a significant part to play.

Luxury goods consumption in the lower-tier market is rising, with third-tier cities and below exhibiting strong growth in spending and purchasing power, the report said. Online consumers of luxury goods in lower-tier cities are more willing to spend on men’s apparel, men’s footwear, digital products, and beauty and skincare products. However, consumers in first-tier cities spend more on traditional luxury goods such as bags, watches, jewelry, and women’s apparel and footwear.

2. By 2025 Chinese consumers will purchase half of the globe’s luxury goods

For example, Chinese male luxury consumers spent 61% more than Chinese women on fragrances line. All this information shows that, the Chinese man luxury wear market is rocketing and there is an immense business opportunity which investors can harvest in this area. The business society in China is the first line customers of the luxury goods market. In order to understand the market completely, we need to understand the logic and culture behind the new male consumer.

The average male luxury shopper in China is less than 45 years old, educated, well-traveled and entrepreneurial. Coherent with this age group, the market is digitally driven and has one of the greatest rates of mobile purchases in the world. The tradition of exchanging gifts amongst businessman and government officials has a special place in the dynamics of the man luxury market and a considerable amount of luxury products are bought as gifts for top-level managers.

Also when they are travelling abroad, this recently emerged business class loves to buy products from different countries and bring them back to China mostly for giving them to their associates as gifts. That is what makes interesting, to know which kind of products are sold the most. First in the list is the luxury bags, which can be bought without knowing the exact sizes of the person which they are bought for.

3. The proportion of Chinese male customers of luxury goods is higher than the global average of 40%.

Luxury mail bags, totes and clutches are the trendiest products that are bought by Chinese man. Another top notch product group that drives the Chinese male luxury market is the leather goods. Current Chinese male business class thinks that luxury leather goods make them recognizable in the business world. They are using luxury products as a status symbol because they associate luxury product usage with success. 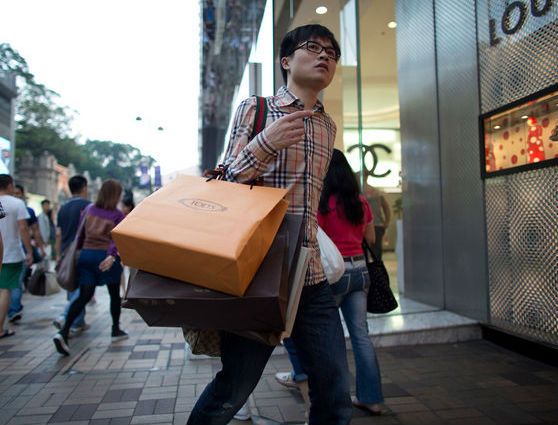 According to Bain & Company: “Accessories have become the core category in personal luxury goods. For the first time, leather-goods and shoes have become the largest piece of the market, now at 27% of sales. The category is seeing increasing levels of male spending, and increasing interest in higher quality, higher price items.” Another important product line is the luxury watches , in which Chinese men on average are spending 52% more on watches than it is spent by woman.

The most popular brand is Rolex which is well known in China for its luxurious fame. Other than these, Chinese consumers are extensively buying handbags, wallets, business cards, smart phone and Ipad covers. The most popular one are those messenger bags with gray, brown and black colors. What about beauty products? According to different media reports, old school Chinese macho business class started to behave more and more “meterosexual”. Now they   are very concerned about their personal care and appearance much more than classical western European males. L’Oreal now sells more male personal care products in China than it sells in Western Europe.