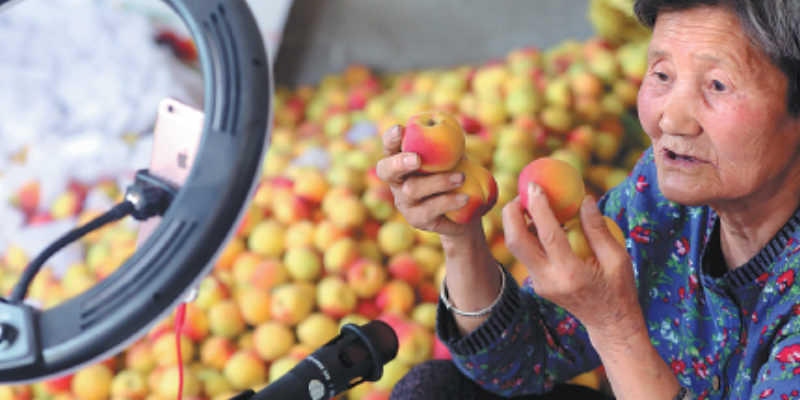 Livestreaming services have become a new way to sell farm produce in China, while the country is upgrading e-commerce networks in rural areas.

The rural e-commerce market is projected to reach about $240 billion this year, according to data from China’s Qianzhan Industry Research Institute. According to state broadcaster CCTV, there were 13 million e-commerce merchants based in China’s rural areas as of the first quarter of this year. 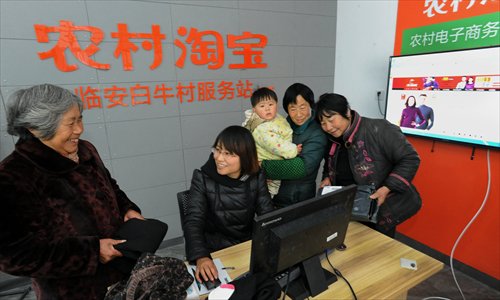 A virtuous circle is taking place whereby e-commerce is enabling more rural residents to become entrepreneurs by selling local products online, and the resultant income growth is driving up e-commerce-based consumption as these rural residents seek out products they can’t find in their neighborhood stores.

Pinduoduo is the main app in rural areas

Still now, the sector is facing a “huge talent gap” according to a report released by the China Agricultural University (CAU). They are facing a major barrier: a shortage of skilled talent, the CAU said. “Most farmers didn’t know how to live-stream; even fewer understood e-commerce,” argued Zhang Guowei, the head of JD Live.

The report by the China Agricultural University projected that the talent gap in the rural e-commerce sector would rise from 2.1 million in 2021 to 3.5 million in 2025. “China’s internet-powered agricultural production has just entered a second stage of rapid development, and faces a huge talent gap,” CAU professor Guo Pei said in the report.

“The government needs to set up a friendly policy environment for institutions and e-commerce platforms to foster more talents and push rural e-commerce into a new era.” Platforms such as Taobao or JD.com have already created rural service centers due to boost rural commerce. Moreover, they  providing technologies such as drones to expand its logistics capabilities. But according to CAU report, it was social e-commerce company Pinduoduo, the third-largest e-commerce platform in the country, that is “becoming China’s largest platform for talent development” in rural areas.

Pinduoduo has currently 580,000 merchants from rural areas, or 11.3% of its total 5.1 million, the Chinese university reported. The report said Pinduoduo’s Duo Duo University program is an important initiative that has contributed to bridging the talent gap. What is this? Launched in 2018, Duo Duo University offers week-long training sessions to equip merchants with crucial skills in finance, business operations, and online marketing. The program has trained 70% of all active merchants on Pinduoduo, across 12 provinces in China by 2019, media reported.

Duo Duo University is also working with local universities to cultivate 10,000 rural merchants in the next five years, with the longer-term goal of putting agricultural producers at the center of the industrial supply chain and supporting the national campaign to alleviate poverty, according to the CAU report.