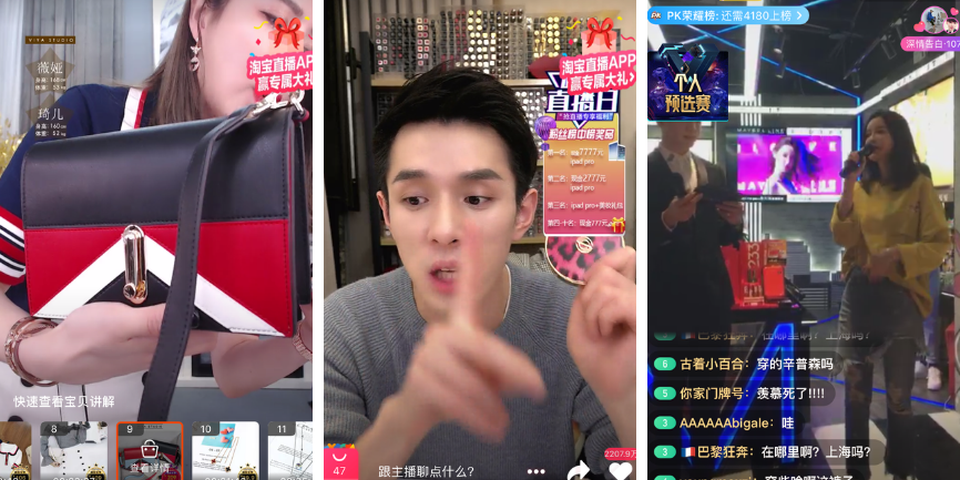 The current healthcare crisis is a wakeup call for retailers. Let’s see how livestreaming is becoming the internet’s next form of digital communication and marketing.

China is most digitized and connected country in the world.  Chinese users spent over 446 minutes online, which is over seven hours per day, but this data has increased by 21.5%  in February as compared to January. Thus the question: how did Chinese people spend most of their time at home during the forced lockdown? One major answer is livestreaming, as main online platforms such as Douyin, Kuaishou, and Bilibili reported.

From a personal trainer who livestreamed her daily workout to the Shanghai Fashion Week and the Strawberry Music Festival, among other events, livestreaming has become one of the major trends of 2020. And companies are seeking business too. Livestreaming e-commerce has also grown as many physical retail shops have remained closed for months.

Livestreaming is nor the direct consequence of this life digitalization nor only the ultimate entertainment format, but it is also the internet’s next form of digital communication. It is coming from China to reshape the whole e-commerce industry one stream after the other.
Why livestreaming is so welcomed in China? KOLs are a part of the live-streaming success but the love for convenience of Chinese consumers was one of the major reasons for this success.

First, livestreaming is the “go-to” option for Chinese consumers when seeking out new products and deciding on what to buy. It is an essential part of the discovery journey, unlike for consumers in Western countries.

Second, livestreaming allows experts to demonstrate the products when being used and talk through their functions in the liveliest way possible. Meanwhile, the audience can ask questions and receive explanations instantly, leading to immediate purchases. Besides, there’s a feeling of authenticity that comes from live streaming. We can assume that live-streaming is a type of entertaining that creates proximity between a brand and its customer base. In 2019, China’s live-streaming market reached about RMB 90 billion and is expected to reach RMB 112 billion in 2020, according to data.

This feature used in e-commerce is more than efficient to make a business grow quickly. It is so efficient that pretty much every single Chinese social media and e-commerce platform has launched a live-streaming tool. The current healthcare crisis is a wakeup call for retailers.

Chinese consumers want now find more products than ever through livestreaming platforms.  In average, all main livestreaming players hit the end of last year, the products available on platform were doubled compared to 2018. Some of the fastest-growing items came from traditionally offline industries, such as cars, large home appliances and books.

Car brands have become especially active on the platform, tapping in-store employees at authorized dealerships to stream via livestreaming e-commerce platforms. Taobao Live, for example, said it has hosted over 15,000 car-related streams to date. On March 21, a live streamed group-buying event featured over 10,000 dealerships of 40 automakers, including Maserati, Audi and Volvo, and offered discounts of up to 40% for some models.